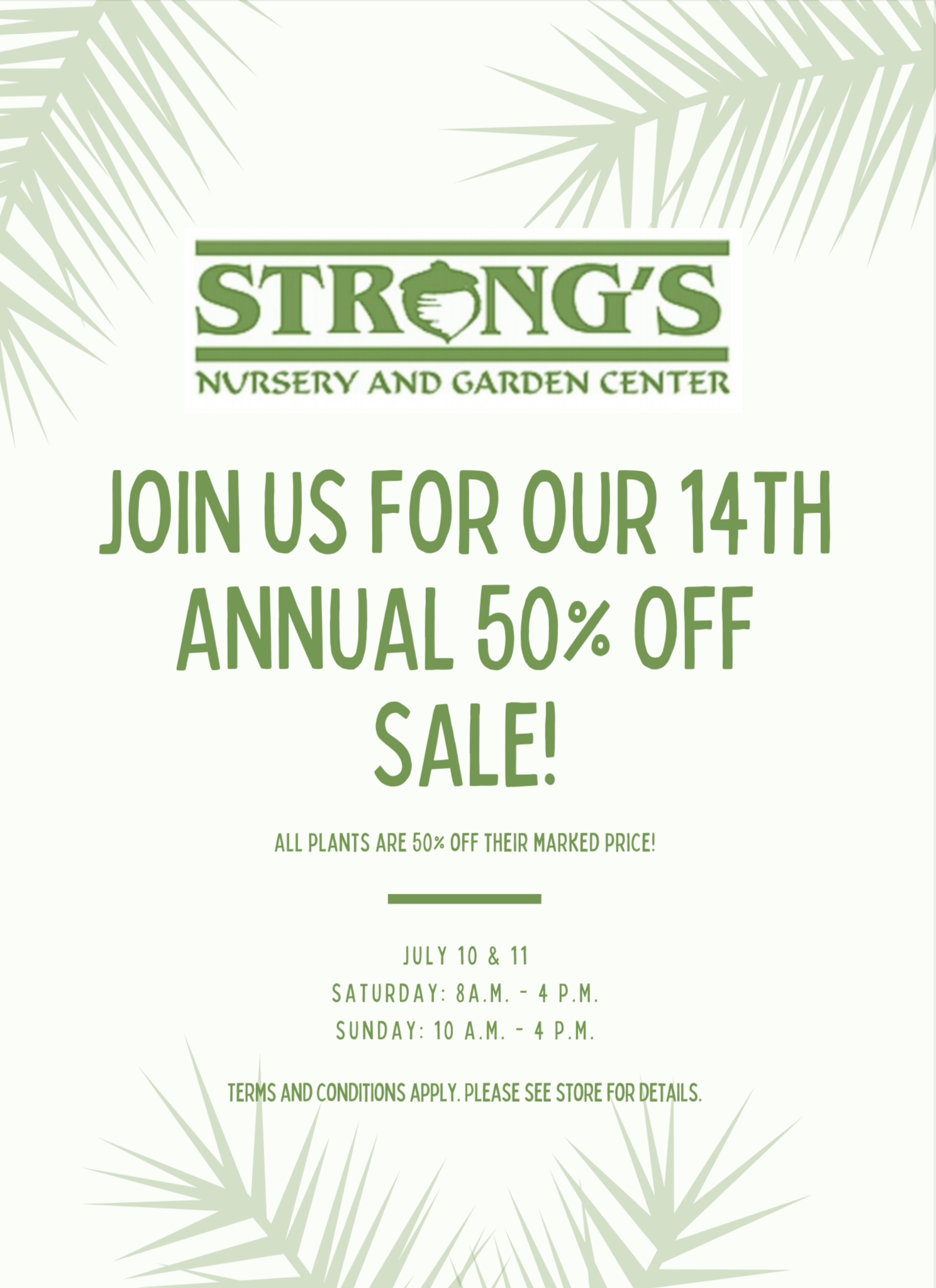 Here are some guidelines to help things go a little smoother for you on sale day.

ALL SALES ARE FINAL 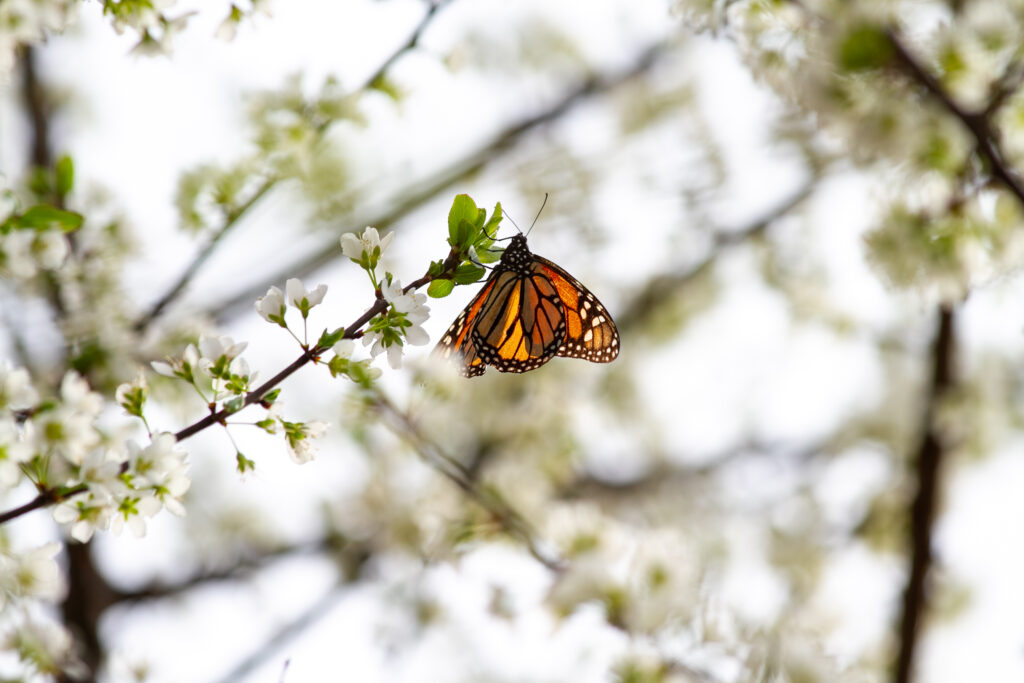 We have resumed doing soil deliveries in certain zip codes (please refer to our services page) but we are still not offering the planting and guarantee at this time.

We hope spring is treating you well! Due to being so busy at the nursery we are currently not offering deliveries of any kind as well as our planting and guarantee. Unfortunately we just don’t have enough staff to accommodate such needs. We will let you know when they will become available again. On a side note, if you need a small delivery we do have some staff members who will possibly do such a thing for you during their free time on the side. If you would like their contact information we normally have business cards at the front desk.

Thank you for understanding! 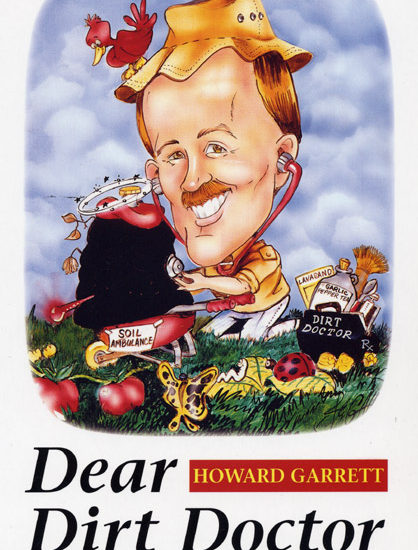 The Dirt Doctor is Coming to Strong’s!

Strong’s Nursery is pleased to announce that the nationally syndicated talk show host and author, Howard Garret, will be at our nursery to share his organic gardening knowledge and landscape program with our valued customers on Saturday, March 14th.  He will be answering questions and signing copies of his books. You can bring your own cherished copy or buy one at the garden center.

Spring is Right Around The Corner!

Even though it’s only January Strong’s is already thinking about spring!  We are busy growing our annual color and we are so excited to share all of our favorites, new and old, with you as soon they’re ready.

Everyone here at the nursery is working hard to make sure were in tip top shape. The greenhouses are getting an update after a very windy winter, and we are experimenting with some new rain resistant signage.

We will even be hosting a special guest in March! Stay tuned to find out more. 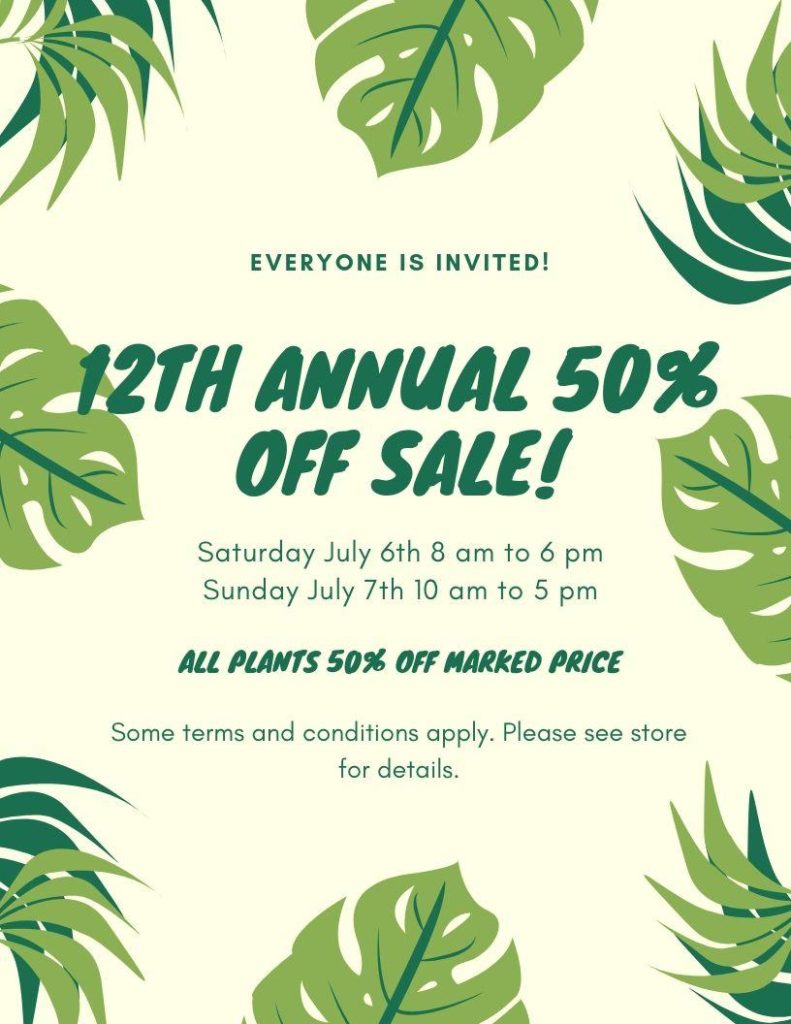 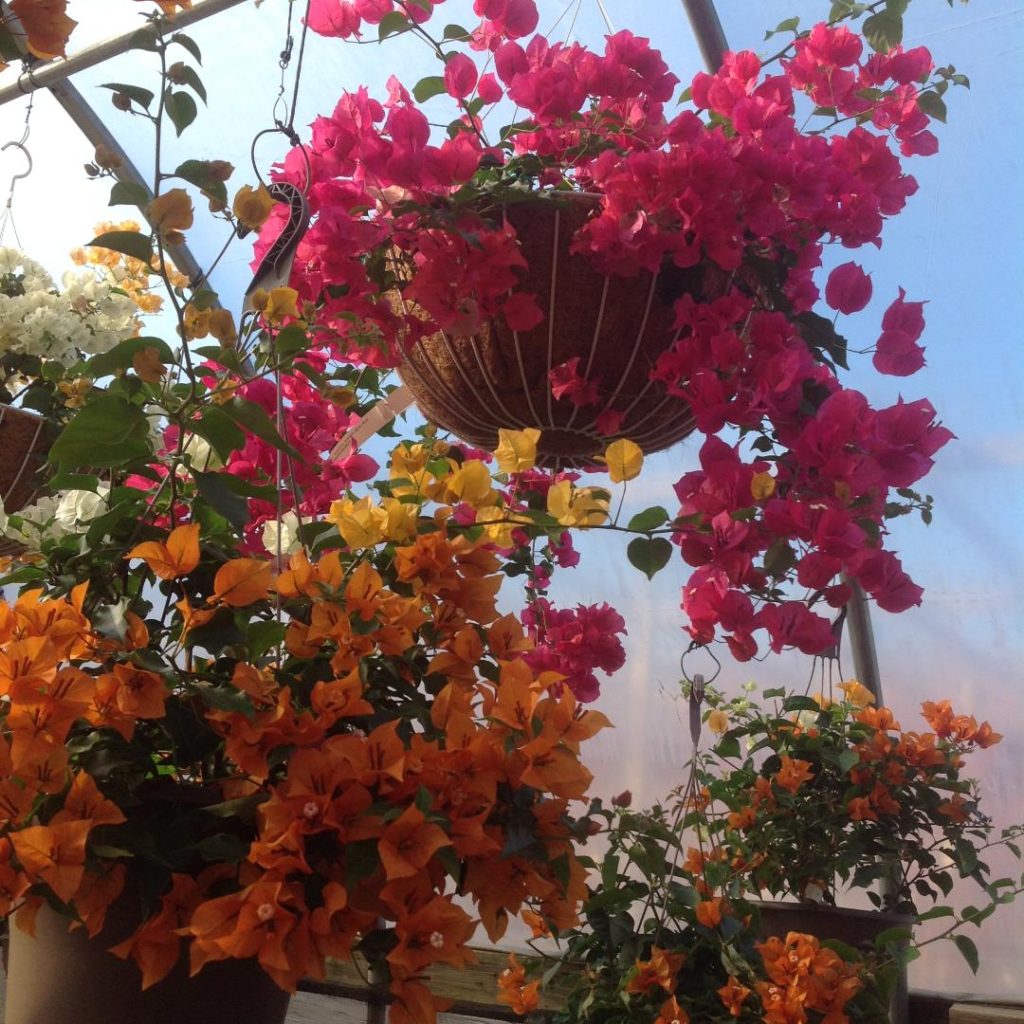 We are excited to introduce our new Texas Longhorn bougainvilleas! Come check these guys out in Greenhouse #1 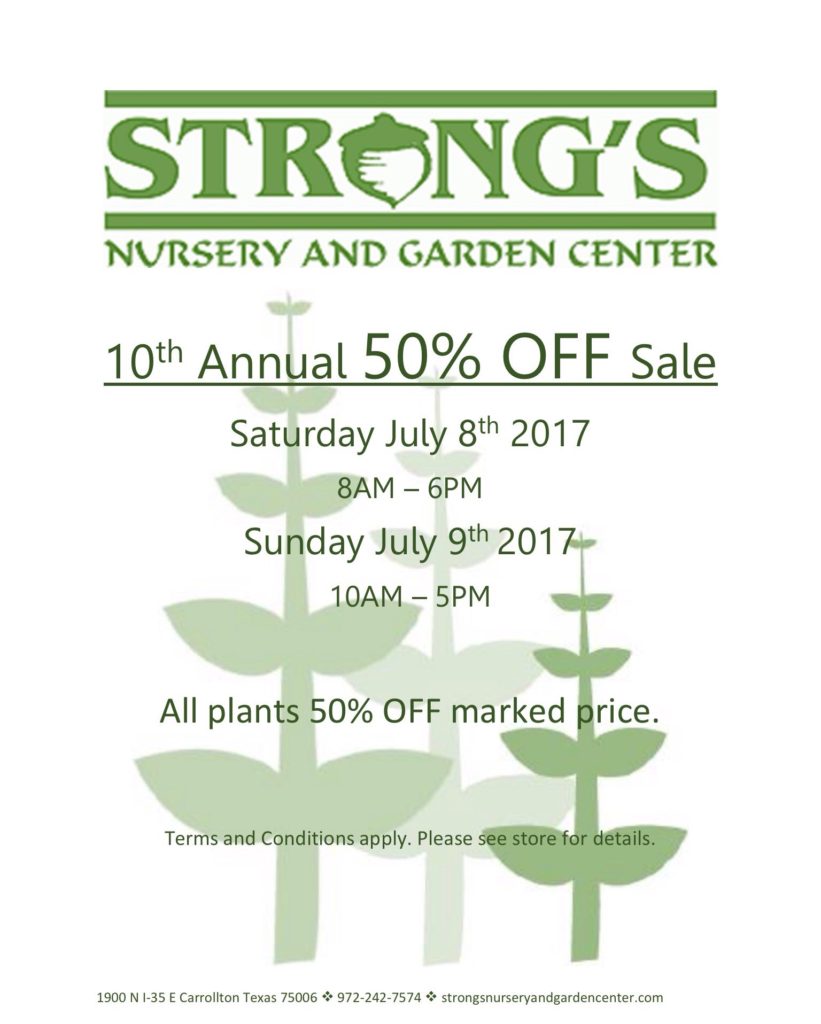 The Roses Are Ready! 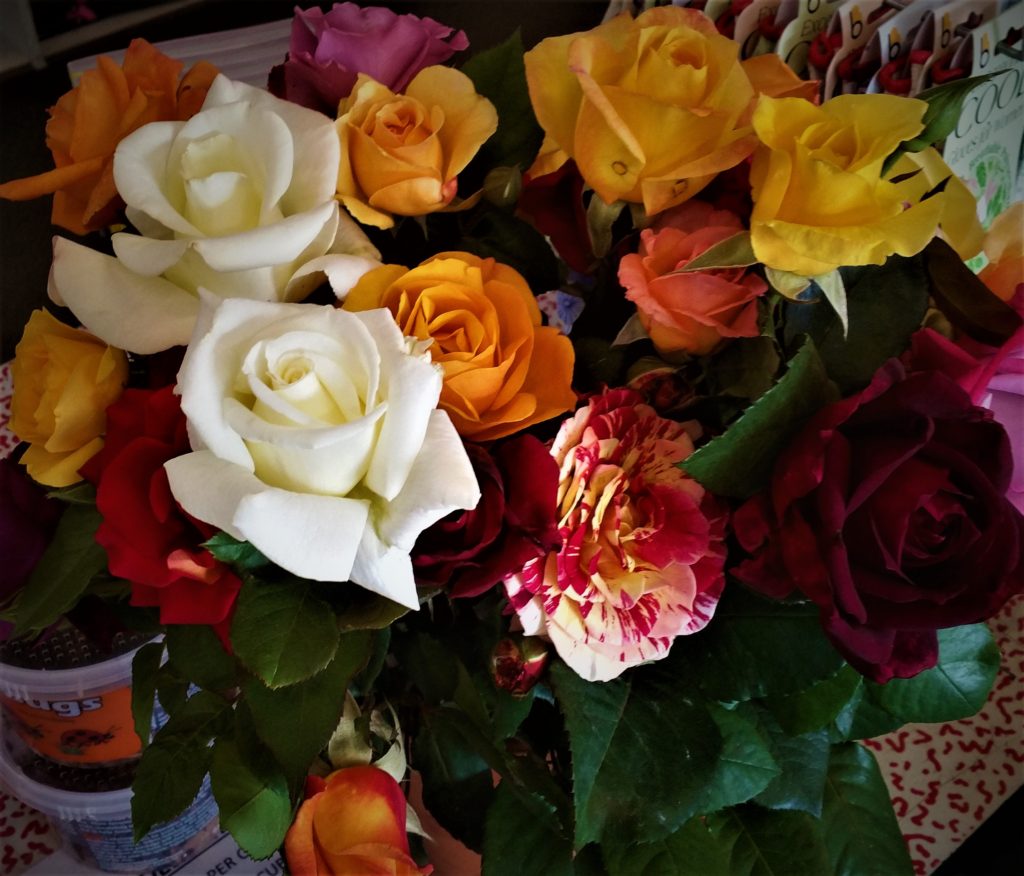 Strong’s Nursery is proud to announce that our 2017 rose selection is rooted and ready for sale.  This year we are pleased to offer over 200 varieties of roses from miniatures to patio trees and everything in between. Come check them out today!

Here in zone 8 the term shade plant takes on a whole new meaning.  While opinions vary on the subject it is generally accepted that here in the Dallas area a shade plant is anything that won’t tolerate more than a few hours of morning sun and will not tolerate any afternoon or midday sun. There are many plants that fall into this category, we’ll discuss a few.

There are many varieties of Japanese Maples and in Texas all of them are shade plants.  The harsh July and August temperatures and glaring direct sunlight would spell certain death for any variety that is unlucky enough to be subjected to such adverse conditions.  These trees are extremely popular but also extremely misunderstood. They require a lot of shade and would be quite happy if placed somewhere with little to no sun after 10 am.  Keep in mind that different varieties have different quirks, for example a Bloodgood Maple could probably tolerate a little more sun maybe until 11am, whereas a Burgundy Lace would enjoy even less sun say nothing after 930am.  When considering a Japanese maples for your property it is important to thoroughly vet your sun exposure in the area so your garden professional can adequately recommend a variety that meets your conditions. 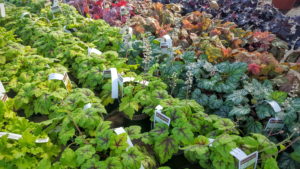 These perennials sport low growing often dramatic foliage underneath wiry stems topped with airy flower spikes.  There bottom heavy appearance and delicate flower spikes make them an excellent choice for the front of a border as they won’t obscure the plants behind them. Cora Bells also favor shade here in Texas and are usually happy with no more than a few hours of sunlight. 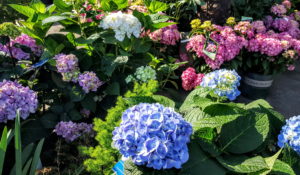 Hydrangeas are probably one of the most famous shade plants out there. Their iconic flowers which grow in glob formations can change colors depending on the soil conditions.  The very alkaline or clay heavy soil will keep them pink and if you acidify your soil through fertilizers or soil amendments you can turn them blue.  Some varieties have also been engineered to stay white.  Hydrangeas will need at least a few hours of sun in the morning to keep them bountifully flowering through the season but are unlikely to tolerate much if any sun in the afternoon. 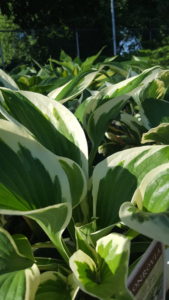 Hostas are a wildly cultivated plant that originated in Asia but are now prominent in both Britain and the United States. They in fact are so popular in North America and England that both countries have developed extensive Hosta Societies and the plants play a large role in the annual Chelsea flower show.  They are mostly grown for their attention grabbing foliage which can vary wildly among the over 3000 varieties but are usually some shade of green. Some of the rarer or prized varieties can produce golden, cream, and even white variegated leaves. While these perennials are mostly grown for their foliage, but they do produce flowers which rise above the mound of foliage to reveal many pendulous 6 petaled flowers that with the exception of the Hosta plantaginea have no scent. Hostas can be poisonous to dogs, cats, and, horses so keep this in mind when planning your garden.   One of the few things you’ll have to worry about when caring for your Hostas are slugs turning your garden into an all they can eat buffet.  Be sure to check for slugs on a regular basis and keep plenty of Slugo on hand for emergencies.

The cast iron plant is extremely hardy and tolerant of neglect. It is often cultivated as a house plant but can thrive outside as well. It has even been said that this plant could grow in the dark! Anything between deep shade and all morning sun will keep this evergreen plant healthy and happy.

Astilbes, also known as false goats beard is generally cultivated for its herbaceous, often fern like foliage and dense, feathery plumes of flowers that come in many different colors.  They appreciate the shade and are tolerant of water logged conditions which make them ideal for pond-side planting. They also tolerate clay heavy soil well making them an excellent plant for the alkaline Texas soil. 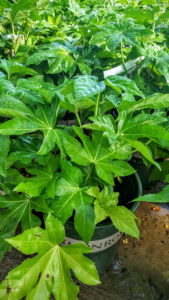 This airy evergreen shrub has stout a stem with spirally arranged leather lobed leaves.  While the fatsia is primarily grown for its unique foliage it does produce small white flowers in the late autumn that are followed by small black fruit.  Fatsia can reach heights of up to 10 feet here in Texas but are very slow growers so you could expect it to take up to 9 years to reach that height. 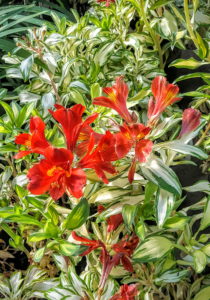 The show stopper of the shade plants here in zone 8 is the Peruvian lily, it’s primarily grown for its flowers. Species from chili which bloom in the winter and Brazilian species which blossom in the summer have been combined through hybridization to create hundreds of cultivars that grow and bloom year round. Peruvian Lily’s appreciate a little more morning sun than other shade plants and will need at least 5 hours to develop flowers. 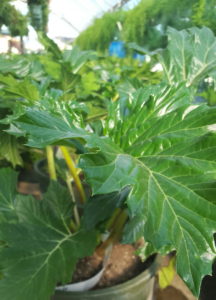 These eye catching and very structural plants make an excellent centerpiece for a shade garden but are airy enough to be fantastic boarder plants as well. They pair well with hostas and ferns and can add an air of formality to another wise whimsical space.  They were frequently used in Ancient Greek architecture as a decorative motive carved in to Corinthian columns and over entrance ways which is how they got their common name.  While the beautiful pattern of the oak leaf like foliage dominates the historical scene it is the gorgeous spiraled lilac flowers that are taking over perennial gardens everywhere. 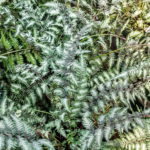 While there are thousands of varieties of ferns it is pretty safe to say that here in Texas they would all be considered shade plants. Ferns generally do not produce a flower and therefor have even less need for the glaring direct sunlight than almost any other plant on this list with the sole exception of the cast iron plant.  There are several varieties that when given adequate shade and water can live and even possibly thrive in zone 8.  The Japanese holly is a hardy fern that propagates by spores not division, it has leathery bright green leaflets with a net like vain pattern. The autumn fern is another great shade option, it can even tolerate a little more sun than some other ferns but can get su 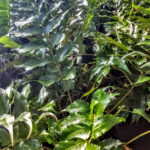 nburn when over exposed.  If you love ferns but want a change in color then maybe the Japanese painted fern is more your style. It has dramatic purple green foliage starting at the center rib of each frond and fading to soft silver at the edges. Mother ferns have bright green lacy cut fronds that can add a more delicate touch to a
significantly shaded area, they also make great
hanging baskets. 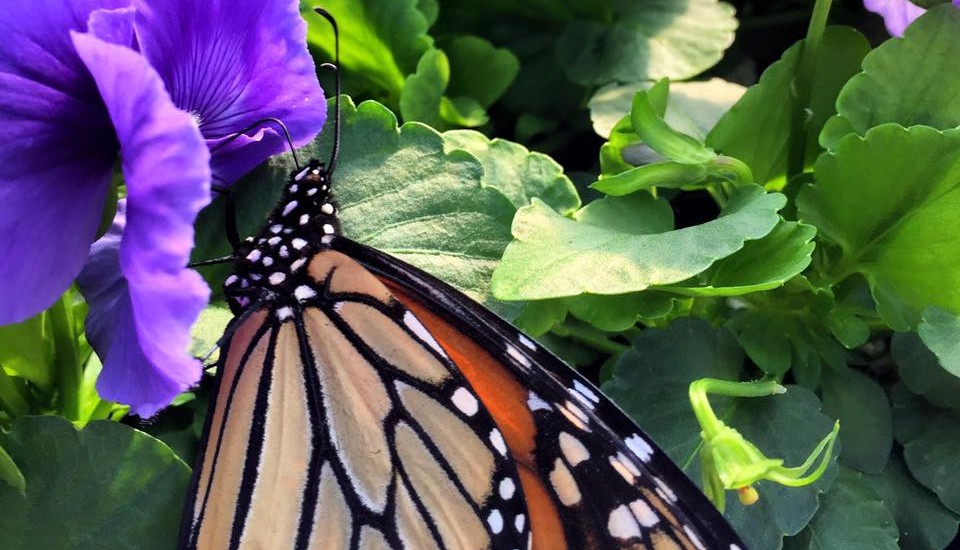 The great migration off monarch butterfly.  Thanks to our friends on Facebook for sharing this photo with us! 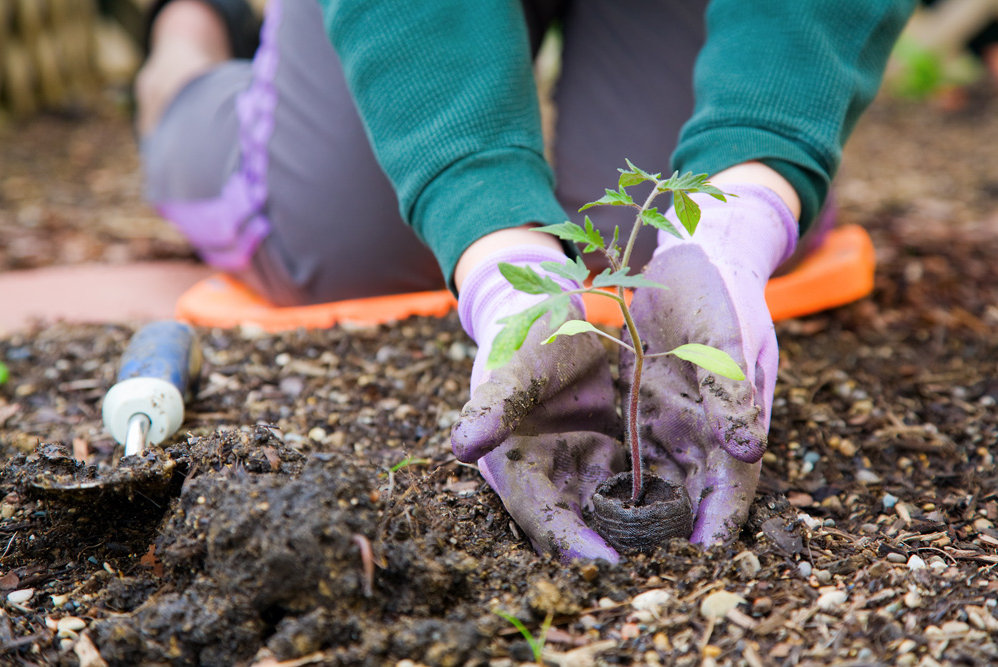 Welcome to Strong's Nursery Blog! As we prepare to welcome new gardening seasons, we are excited to introduce a new way to stay up to date with the latest going on at our nursery. Subscribe for planting tips, trends, how-to's, plant pairings, interesting facts and so much more.

Back gates are shut prior to the store closing so please use the front/service road entrance.

If we are extremely slow we may close a little early. 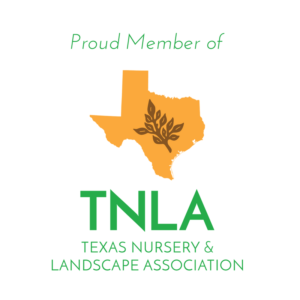